How it is different from other astrology services?

"We understand your Question..."

Astrology in general is a very cosmic subject expanding its roots day by day having diverse methodologies and the adopted practices. Every astrology has a fair share of intricacies and constraints. And an astrologer should have profound knowledge of various methods of astrology as it all depends on the concerned astrologer.

Astrology is a divine instrument which can only provide guide lines to know what future beholds for an individual. Destiny cannot be altered but one can change his/her destiny through Astrology or an astrologer for that matter as it teaches oneself how to cope up with the future and the preventive measures to overcome all obstacles.

Nadi Astrology is otherwise known as Miracle Astrology since it is defined by Super Divine Powers, whereas other Astrologies are concerned it is purely based on Theosophical movements, Scientific and Mathematical Calculations. Nadi Astrology requires only the thumb impression of the seeker to predict his/her future course of life. 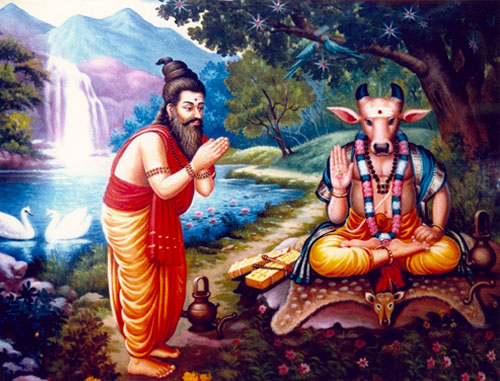 Other Astrological practices need one’s birth details beforehand to have the Natal (birth) chart prepared to deliver the predictions. Nadi Astrology predicts about one’s life based on the thumb impressions of the Native through the divine Nadi (Palm) Leaves.

The predictions of other Astrologies involve thorough scrutinization and calculations of the Birth Chart of the Native in a scientific method, where the Planetary positions of an individual will be analyzed. The ancient Sages have invented the very science of Astrology and the existence of Planets itself.

The major difference between the Nadi Astrology and other astrologies is that these Nadi readers are interpreters of the vision of Maharishis who have written these scriptures, they cant afford to give predictions on their own and read from what is being written in the corresponding palm leaves whereas the other astrologies are concerned the astrologers of the respective crafts does things on their own.

As far as remedial measures are concerned Nadi Astrology identifies and gives solutions to rectify particular negative aspects of the native. other Astrologies primarily provides remedial solutions to appease the malefic placement of the planets and the corresponding graham (planetary) doshas. Why the predictions go wrong some times…??? ….

According to Nadi Astrology even though the native is blessed with all good fortunes at the time of his/her birth, things might turn unfavorable as a result of the sins and curses accumulated in one of his/her past births. Wherein other Astrologies are concerned it may happen so due to lack of proper methodology adopted to have a deeper analysis since it is at times a vital part of other Astrologies to have thorough analysis. All forms of Astrology’s have their own methods and significance attached and are scientifically proven towards serving the human beings for their well being and welfare with the divine blessings of the Almighty. They are nothing but twin astrological sciences in all true spiritual sense.