"NADI ASTROLOGY is the birth right that the mankind
has derived from its predecessors."

Can you believe that someone in South India, especially in Tamilnadu keeps the records of your past, present and future? True.. It may sound puzzling to hear so, but True is a reality in all spiritual senses. Nadi Astrology written and foretold by some enlightened mystic scholars of the ancient past for the betterment of their succeeding generations. Yes ... this is the birth right that the mankind has derived from its predecessors.

Envisioning the welfare of human kind and the expansive generations, they created the records of the individuals by spending their whole lives in order to ease our lives among all critical points at this modern times and age.

Perhaps, this was the effort stretched by them to preserve "Dharma (the eternal law of the cosmos)" during Kaliyuga. Nevertheless, their sole intention is to help the humanity to be on the right course by spiritual wisdom. 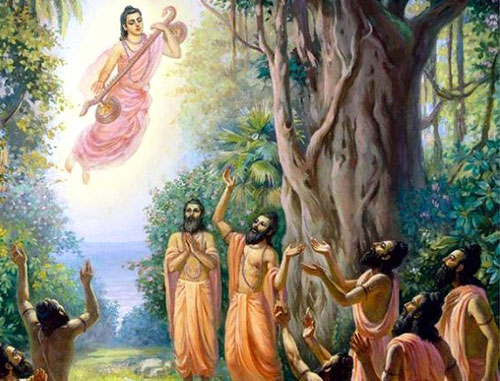 These enlightened sages are an enigmatic set of ancient siddhas and are yet to be understood by the world. Having pleased with their fervent prayers and ardent devotion, Lord Shiva bestowed on them some super natural powers, thus granting the sixth sense known as extra sensory perception. With the help of this improbable prophecy levels which they derived from Lord Shiva, they wrote and preserved these records on palm leaves that are associated with one’s rather the seeker’s past, present and future life course. Their superior knowledge is being served beforehand to keep one and all at their pinnacle.

The source of these nadi (palm leaf) scripts can be sketched back to ancient ages say about 2000 years or more. The legend has it that the ancient Hindu Rishis (sages) written the life patterns of each individual irrespective of their religion, cast and creed on palm leaves by their sheer instinctual powers.

Chola Kingdom preserved this form of astrology and translations. It seems that these Nadis were originally written on animal skins and and later they were copied on palm leaves in order to preserve them and for this specific purpose they have built a library at Tanjore and Vaideeswarankoil both of which are located in Tamilnadu. It is believed that Lord Shiva assumed the role of a Vaidhya or doctor at Vaideeswarankoil to relieve people of their miseries.

Later during the British Rule, the Britisher’s started destroying these precious palm leaves as they were keen on preserving those which are related to medicines alone. This is when people belonging to the Valluvar community who are experts in astrology for generations took stock of the situation and possessed most of these leaves. Some of these were also acquired by the astrology families in Vaitheeswarankoil, a place near Chennai, the capital of Tamilnadu, a state of India.